WHAT ARE THE MAIN LEGAL PROCEEDINGS TO COLLECT A DEBT IN PORTUGAL?

April 18, 2017
The most common debt collecting legal proceedings applicable in Portugal are as follows:

Declarative proceeding
After a claim is submitted to the court, it is served to the defendant. The service is generally carried out by registered mail. When it is shown to be impossible to serve the complaint via registered mail, the service is instead made through direct contact. The defendant then has 30 days to present his reply, where he can defend himself by alleging procedural objections, arguing that facts are not true, or stating other facts. The defendant may also file a counterclaim. However, it must be connected with the main claim or with the defence against the main claim. After written allegations are made, the judge calls for a pre-trial hearing. At the final hearing, the witness testifies, and other proofs are taken. The final hearing ends with the court's decision about contested facts, and those remain unproven. If the defendant thereafter does not pay the amount he is required to pay within the term of the judgment, it is up to the creditor to start enforcement proceedings.

Enforcement proceeding
An enforcement proceeding begins with an application whereby the plaintiff identifies his credit, the debtor, and assets to be apprehended. Depending on the title and the amount to be enforced, there may be a service of execution or an immediate seizure of the debtor's property. If there is a seizure and if there is a real guarantee, other creditors are served so that they can claim their credits. The next phase is the sale of the property in order to pay the creditor. All execution acts such as service, attachment of property or earnings, sale, and payment are made by an execution agent. The Judge has control over the execution, which means that he can always verify the legality of the execution agent's acts.

Special procedures
In addition to the basic procedures, there are several special procedures in Portuguese law, as in the case of the order of payment ("injunção"). Through a simple procedure, a creditor can obtain a writ of execution against his debtor. This procedure is not limited to small claims but is eminently suited for those. This proceeding starts by completing a given form. Then, the Court's Secretary sends a demand letter requesting the debtor to pay the debt. The defendant has 15 days to oppose for payment served. In the case of the difficulty of tracing a debtor, it also entitles the creditor to fast-track proceedings. If the debtor fails to oppose or does not dispute the request to pay, the Court's Secretary himself allows the immediate enforcement. The average timeframe required to obtain an execution order is two to three months. But, if the request to pay is disputed by the debtor, it has to be then submitted to the judge's appreciation, and it can take about one year or more to be judged.

Court costs
Court costs of the civil law procedure are determined by the Court and not subject to any negotiation. Generally, all costs depend on the amount of the outstanding principal and interests. There is a range of different fees that can apply during a procedure depending on monies outstanding.

Insolvency
The insolvency proceedings in Portugal can be initiated by the debtor or by creditors. If the debtor initiates a legal proceeding, he should give in details of his assets, details of the claims and of the creditors, and a report stating the leading cause to the initiation of the proceedings of insolvency. If it is a creditor that initiates the proceeding, he should give in details about the credit as well as present to the court any facts that should presume the debtor is insolvent. The insolvency proceeding is characterized by having two distinct phases: a declaratory phase and an enforcement one. The declaratory phase aims at the declaration of the insolvency of the debtor. The enforcement phase consists of the execution of the assets of the debtor, the apprehension and liquidation of the goods, the identification of the liabilities, and the payment to the creditors. The declaration of insolvency could also have criminal consequences. It is also possible that after the declaration of insolvency, the creditors attempt to arrange through court the recovery of the company. If the recovery is the measure to be taken, all enforcements stop at once. A certain period is given so that the company tries to recover from is financial situation. Normally, creditors agree on a plan of payment of the existing debts with the forgiveness of the interests and part of the principal debt. If, during this period, the company does not pay according to this plan, creditors can claim the company's insolvency.

Reorganization
Since 2012 another procedure was approved. It is the Special Corporate Revitalization Procedure (Processo Especial de Revitalização - PER) proceeding. The proceeding consists mostly of a simplified conciliation procedure involving the debtor and his creditors under the assistance of an interim administrator appointed by the court with the purpose to reach agreement on a recovery plan, which shall thereafter be approved by the court. Creditors can freely decide upon the contents of the plan. Under this proceeding, the role of the court is just to confirm that the process is legally valid. In each case, the creditor must claim its credits in 30 (general insolvency proceeding) or 20 days ("processo especial de revitalização") after publication in the Official State Gazette.

AVERAGE SALARY IN PORTUGAL IN 2021 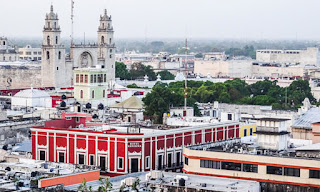 WHAT IS THE NIF NUMBER? 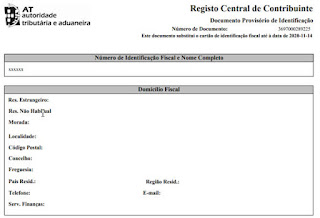 "NIF" stands for Número de Identificação Fiscal Tax (tax identification number). It is a 9-digit unique personal identifier used for tax purposes. This tax number is needed for most relevant legal acts carried out in Portugal, such as the opening of a bank account or the purchase of a property. You can ask for a NIF in person at any Portuguese tax office, or other designated offices. The number itself is issued on the spot, totally free of charge. However, there may be fees involved if you ask for an official card with the NIF or if you need a fiscal representative. You need a representative when you are not a Portugal or European Union resident. The tax representative is responsible for complying with the tax obligations of the represented person and can be a natural person or a company.  Anyone with a fixed residence in Portugal who accepts the responsibility is eligible, regardless of nationality, so you could ask a friend or someone who knows you in Portugal. It is also
Read more

December 15, 2015
The total number of bankruptcies (companies and individuals) declared by Portuguese courts of first instance dropped by 5% year-on-year in the first half of 2015. However, bankruptcies remained very much at a historical high with the total amount of value involved in the second quarter of this running six times higher than that registered in the corresponding period of 2007. The total number of individuals going bankrupt was down 0.3% in annualized terms with the remaining involving companies going to the wall, up 0.3% on last year.
Read more

WHAT IS THE PORTUGUESE NON-HABITUAL TAX RESIDENCE REGIME?

The non-habitual tax resident regime is a more favourable tax status, applicable to foreigners who became residents for tax purposes in Portugal. Among the tax advantages associated with this regime is the possibility of a more favourable tax rate of income from work (20%) and exemption, under certain conditions, from paying in Portugal taxes related of income from abroad (e.g. pensions). In the latter case, however, most of the income from capital gains and some capital income are excluded from the exemption. These advantages are granted for a period of 10 years, non-renewable, and benefit only citizens who have professions considered by the law as having added value, such as the professions associated with cultural activities, engineering, medicine, new technologies and management. In order to benefit from this regime, it is necessary to reside in Portugal 183 days a year, to have a tax residence here and to register as such until March 31 of the following year. This regime w
Read more